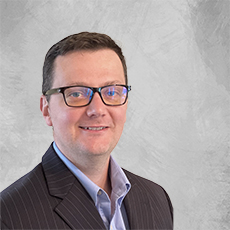 Joshua Stravinsky began his career in Higher Education shortly after he graduated from Penn State University with a Bachelor’s degree in Economics. In 2008 he joined the Institute for Professional Development (IPD) as an Accounting Coordinator. After roughly a year with the organization he was quickly promoted to Accounting Manager. Josh spent 4 years with IPD before moving on to work for The Bradford White Corporation.

Josh returned to the Higher Ed space in 2015 when he came to work for Synergis Education as the Regional Director of Finance. As Synergis has grown and evolved so has Josh’s role with the company. Shortly after joining Synergis he moved into the Assistant Controller role and in 2019 he was promoted to Director of Operation Finance & Assistant Controller. Along the way Josh joined the Synergis Senior Leadership Team. Josh has always had an innate ability to solve problems which naturally led into assisting the Synergis Operations to ensure Synergis always delivers.

Josh currently resides in the suburbs of Philadelphia with his wife Susanne and 2 children Austin & Madeline. In 2013, Josh earned his Master of Business Administration from Cardinal Stritch University.

Josh will bring 10+ years of higher ed experience into his new role as AVP of Partner Relations. He is looking forward to collaborating with partner institutions to achieve and fulfil our partners mission and goals while delivery results for both Synergis and our partners.