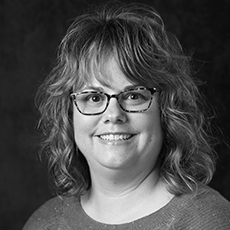 Laurie joined Synergis Education in June 2019 to lead the new partnership for the Entry Level Master of Science in Nursing program at La Roche University located in Pittsburgh, Pennsylvania. Laurie began her career in higher education as a Chapter Consultant for her national fraternal organization, Phi Mu Fraternity. Laurie transitioned into adult enrollment at the Institute for Professional Development (IPD) and spent nearly 14 years with Cornerstone University located in Grand Rapids, Michigan. She was a ‘Peak Performer’ as an Enrollment Representative and transitioned into the Enrollment Manager then Director role. When IPD was acquired by Helix Education, Laurie served as Director of Operations providing operational support to new and existing partnerships. Laurie then led graduate enrollment at Aquinas College in Grand Rapids, Michigan, and grew new enrollment. Before landing at Synergis, she served as part of the new product launch team for a Microsoft Dynamics 365 based CRM system at Campus Management Corp. Laurie graduated with her BBA degree in Marketing from Western Michigan University and her MBA from Cornerstone University. She resides in Hudsonville, Michigan with her husband, 3 sons, and dog, Toby.