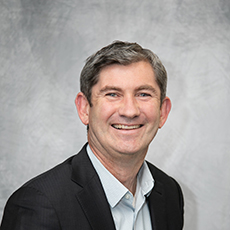 As president of workforce development, Tom McNamara connects our higher education partners with health care providers who are essential to the training of the next generation of practice-ready nurses.

As a first-generation college graduate, Tom has experienced the transformative power of higher education and is personally committed to student outcomes. Throughout his career he has founded, nurtured and grown organizations focused on unlocking student potential and was formerly the president of American Career College and chief operating officer of West Coast University, which under his leadership, grew to become the largest nursing schools in California.

Tom brings more than 20 years of experience in the postsecondary education and edtech sectors to Synergis. Prior to joining the company, he was founder and CEO of Nuro Retention, a predictive analytics and student retention software company with the singular mission of improving student graduation rates at U.S. colleges and universities. He currently serves on the boards of ThinkCERCA and Nuro Retention. He has also served on a number of college and community boards, including the Saint Francis Medical Center Foundation in Lynwood, Calif., and the board of trustees for Columbia College Hollywood in Los Angeles, Calif.

The son of a fisherman, Tom grew up on the west coast of Ireland. He holds a Master of Business degree from Dublin City University and is a fellow of the Institute of Chartered Accountants in Ireland. He worked for PricewaterhouseCoopers for several years in Ireland before moving to America in 1998.